A declassified file recently released by the British "Sunday Thai Eye" shows that in the last three years of World War II, the US military officers and soldiers stationed in the UK staged a ridiculous sexual farce. They spent money here to seduce women from good families, and o 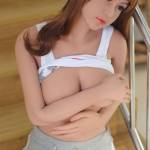 A declassified file recently released by the British "Sunday Thai Eye" shows that in the last three years of World War II, the US military officers and soldiers stationed in the UK staged a ridiculous sexual farce. They spent money here to seduce women from good families, and once made London miserable. Even the US and British governments brought this shunned issue to the table for serious discussion, worrying that it would affect the morale of the army and the alliance between the two countries. 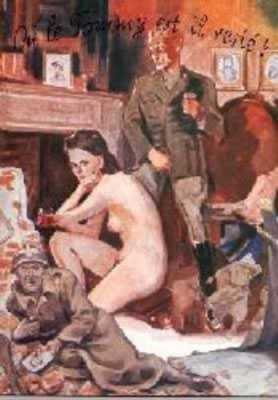 London Hyde Park has become a "sex battlefield" for Americans

In the early spring of 1944, every night, when the wartime light control began, most of the streets of London were empty. Most Londoners went home to sleep, but in Piccadilly Circus in the West End, the nightlife had just begun. In order to avoid being bombed by the Germans, the famous symbol of the square, the bronze statue of Eros, has been removed, but its spirit is everywhere. The American soldiers came out of nightclubs and bars, stumbling one by one, and their "sexuality" was strong. At every street corner, there are young British girls waiting for them.

Once the American soldiers hit the target, they will stop. At this time, the girls would take out a match and light it so that the other person could see their faces clearly, and then they would take the photo down again to let the other person see their legs in high socks because American soldiers like girls in socks. Then they negotiate a price, usually around £3. Then under the cover of the military coat, the transaction was quickly completed. These girls will look for the next goal. Londoners call these prostitutes "Piccadilly Warriors". The US military officers look down on these "stray warblers." They like to go to high-end residential areas in London, where women in fur coats are waiting for them. The phenomenon of prostitution in the West End of London was so serious that the then police chief Cole called it an "American colony" in his report.

The "Rainbow" Club is a club run by the American Red Cross in the West End of London. This is the base camp for the American military. The club serves food all night. The huge dance floor can hold 1000 couples dancing at the same time. There is also a billiard room, a jukebox, and a shoeshine gallery, but the "prevention center" most frequently visited by US military officers and soldiers, because condoms have been provided free of charge since 1943. In the following two years, condoms became a unique sight on the streets of London's West End. Every morning, cleaners can pick up baskets of discarded condoms. An American soldier wrote in a letter to a friend: "We are opening up a'ssecond battlefield'. I can't describe the scenes and sounds of Hyde Park after nightfall. You can imagine it as a huge'sex battlefield.' "

The U.S. military set off a "sexual revolution" in Britain

Before World War II, the British were quite conservative towards sex. A survey at the time found that 90% of parents had not discussed sex with their children. The lack of sex education has led to many humans’ ignorance, so much so that some girls believe that if they are kissed by a boy, they will become pregnant.

The arrival of American soldiers changed everything. They set off the "sexual revolution" in Britain. They came to England in 1942 to prepare for counterattack Hitler, and the number reached 1.5 million at the peak. At the same time, a large number of British youth enlisted to fight overseas, leaving a huge gender gap in the country. Freud's theory of "Strong sexual desire for war" has been verified in British women. After three years of the blitz, light control, and abstinence, these tall, confident, and clear-cut American boys suddenly appeared before them. As a British writer said: "It seems that bright colors suddenly appeared in a black and white film, bringing color, romance, and warmth to the dark island of women." Not only that, but the American soldiers are also rich. In the war years when a small piece of butter was eaten by the whole family for a month, American soldiers were able to "generously" distribute the gifts that girls like—chocolate, nylon stockings, scented soap, and so on.

American soldiers are everywhere. They took the English girls into the jeep, danced with them in the village hall, and some people lived in the free bedrooms of the locals. Children like them too because they have candies and comics. But some American soldiers are annoying. Many young mothers have been harassed by them. At night they knocked on the door, falsely claiming that someone had asked them to come. If they were rejected, they would say with a face: "Okay, baby, I know your husband is not at home." During World War II, there were 8 American soldiers because Raped a British woman and was hanged.
The sexual crimes committed by the U.S. military has also become a material for the German propaganda to the British military.

In 1943, a British soldier Eric returned to his hometown Somerset, who was on vacation. Once he went to the ballroom to dance. He was surprised to see that the local girls were standing in a row along the wall, and an American soldier stepped up to look at them one by one and chose the most beautiful one, and the latter danced with him excitedly. Eric was horrified by this slave market-like practice. When the handsome British soldier stepped up to invite them to dance, no one wanted to dance with him because he had no money in his pocket. "I will never forget that scene."

The U.S. Army was looking for pleasure and almost lost an integrator

During the First World War, the incidence of sexually transmitted diseases in the Allied forces was seven times higher than that in Germany. 150,000 soldiers have withdrawn from the battle to receive treatment. If they clean themselves up, they are likely to change the course of the war. In World War II, the Allies still did not learn the lesson. In the first three months of 1943, 6% of American soldiers in the United Kingdom contracted STDs, six times the normal rate. Some soldiers even mistakenly thought that passing it to others would make them heal.

At this time, the British and American governments are a little panicked. British Foreign Secretary Anthony Aiden wrote to the Ministry of the Interior, hoping that the latter would strengthen its crackdown on prostitution, because "this not only damages the image of the United Kingdom, but also endangers the Anglo-American alliance, and may even be used by Nazi Germany to launch a propaganda offensive— -It will portray the United Kingdom as a degenerate country, indulging dissolute women to seduce American soldiers." The US military commander also worried that the combat effectiveness and rusticity of the troops would be affected. Subsequently, at the coordination meeting between the two sides, the US military formally made a request. , I hope that the UK will take specific measures to strengthen the crackdown on the phenomenon of prostitutes soliciting customers.

However, the British police felt powerless. According to British law at the time, it was illegal to open a brothel, but prostitution and the spread of sexually transmitted diseases were not illegal. Moreover, the officers and soldiers of the US military are only bound by their own laws, and the British police simply cannot control them. Officials from the Ministry of the Interior also pointed out that prostitution is not the key to the spread of STDs in the U.S. military in the United Kingdom, and that most of the sexual contact with ordinary British women is voluntary.

Despite this, the British government has taken some measures. First, it passed a bill called 33B to strengthen the investigation and punishment of STD carriers. Hundreds of prostitutes were arrested for this. At the same time, the British government vigorously promoted the dangers of sexually transmitted diseases and warned young women to clean themselves. The US military has also strengthened the management of its troops, such as imposing curfews and strengthening military police patrols. These measures have achieved certain results. In the last two years of World War II, the infection rate of STDs in the British and American troops dropped by two-thirds, and 15,000 soldiers were spared. This is equivalent to the strength of an integrated infantry division. Without them, the Normandy landing may be severely affected.

For many British women who depend on American soldiers for their lives, the Allied Landing Day (June 6, 1944) became a "disappointment day" because the American army was gone forever. Some of the lucky ones married American soldiers and came to the United States after the war. The "Rainbow" club became an assault training school for "US military brides". Here they learn American traditions and other useful knowledge for future married life.

The "war honeymoon" between American soldiers and British women left many bitter fruits. Before the outbreak of the war, most adulterous divorce applications were filed by women, but after the war, most such applications for adulterous divorce were filed by husbands. In 1945, the number of divorce applications in the UK reached five times in 1939. American soldiers destroyed countless British families. According to other statistics from The Sunday Times, of the 5.3 million babies born in Britain between 1939 and 1945, 1/3 were illegitimate children, and a considerable part of them was left by American soldiers.

It’s not surprising that people buy sex products. If you really want to buy it, I suggest you first click here: mini sex doll, there are many beautiful dolls, maybe one of them is suitable for you! 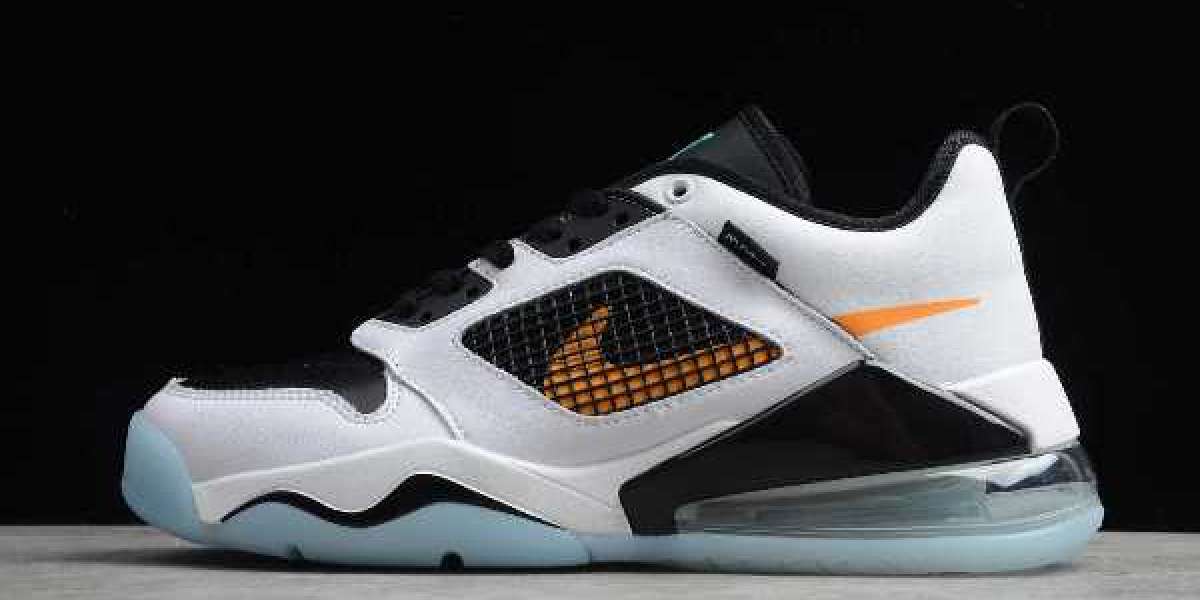 Latest What The Nike LeBron 17 Multi-Color 2020 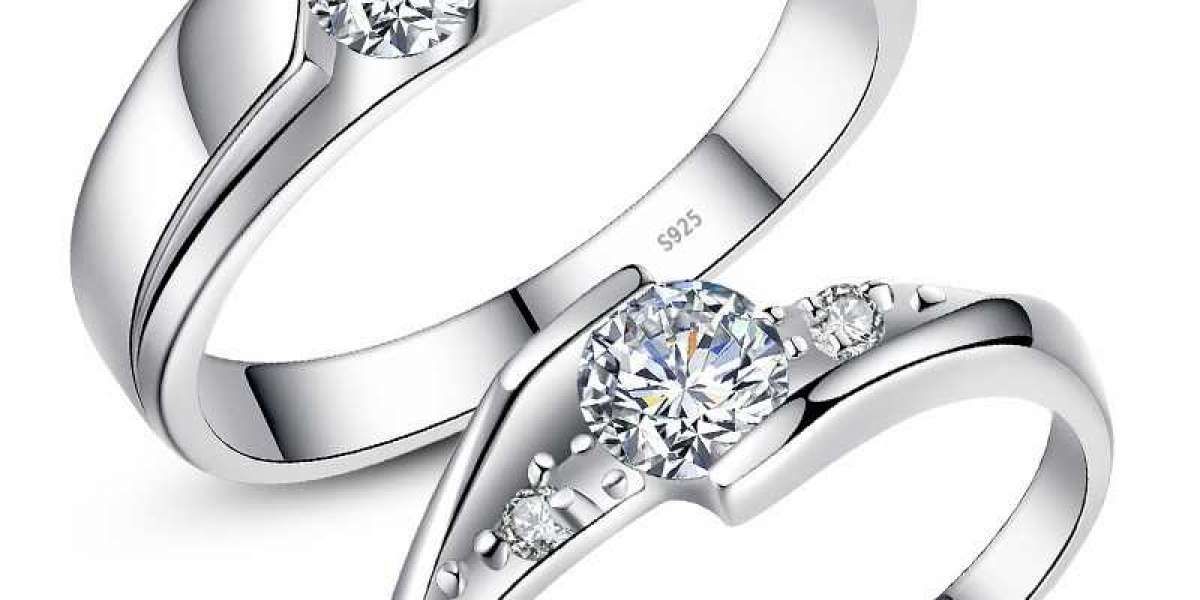 The Unexpected Truth About His and Her Rings 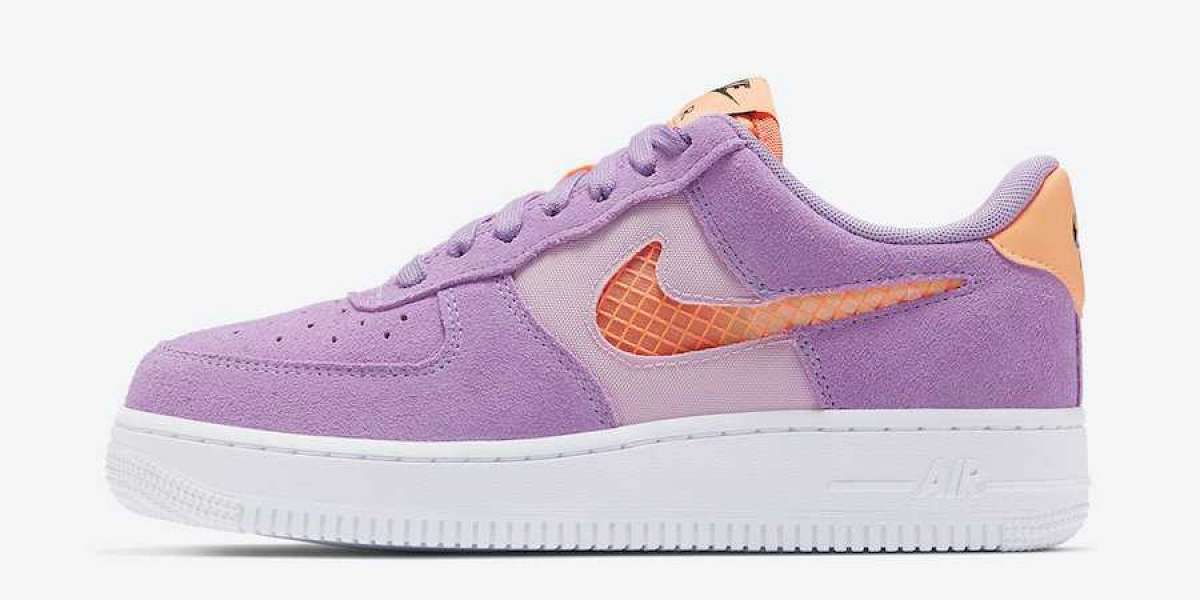